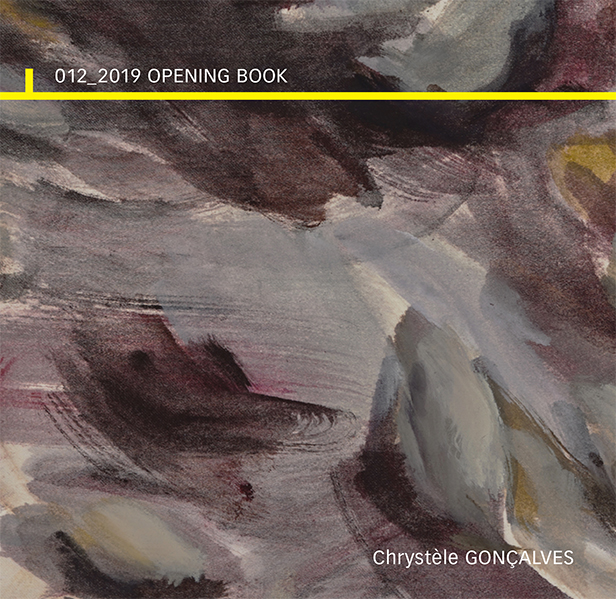 In Chrystèle Gonçalves's paintings, light, colour, matter are explored not only to re transcribe them as definitive forms, but also to translate the very essence of things. More than their appearance or their seductive surfaces, it is the associated temporal strata that the artist is trying to capture. “Some grape pips, some decomposing cherries, the light they're bathed in, an impressionist representation of undergrowth, with, beyond the perception of a simple surface, the idea of a multitude of processes which constitute the very essence of numerous life cycles and their associated temporal strata. Thus all of my creative aims tend towards showing that beyond the simple representation of an ensemble of static objects, a wealth of instances, an organic network, a temporal teeming, can be discerned which engages the eye in a continual, eternally renewed contemplation.” (C.G)